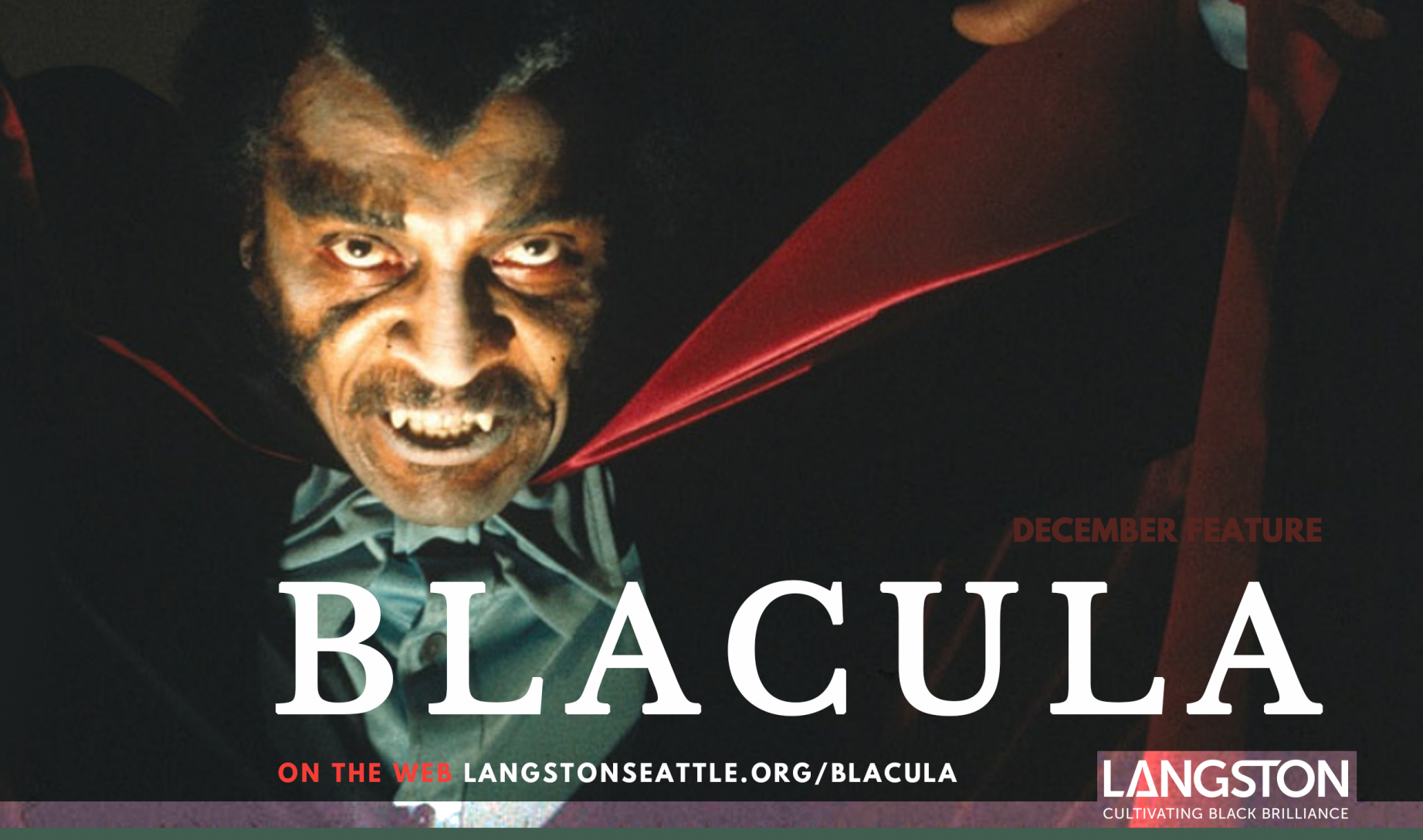 Our new monthly film series, presented by LANGSTON, focuses on the representation of Black people in film and the effects on culture and society. Our inaugural season features a carefully curated collection of horror films. Each film screening will have a special guest talk-back about the film moderated by our principal curator and hostess, Isabella L Price.

Advertised as the 100th production of American International studios, Blacula stars actor/singer William Marshall in the title role. An 18th century African prince, Blacula is transmogrified into a vampire while visiting Transylvania. Two centuries later, he rises from his coffin to wreak havoc in the Watts district of Los Angeles. Blacula’s particular target is Tina (Vonetta McGee), whom he thinks is the reincarnation of his long-ago lady love.

Thank you for your gift.