A collective creation under the artistic direction of Monica Rojas-Stewart 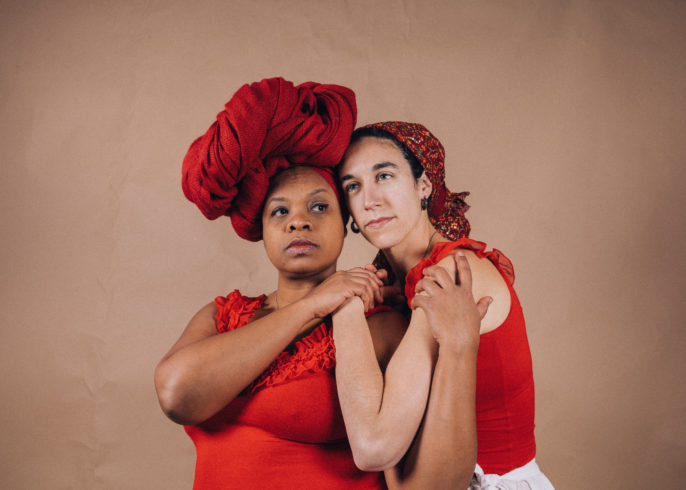 Join the artists as well as board members and staff of Early Music Seattle for a Town Hall-style presentation, discussion, and film premiere.

This free event will tell the story of the ongoing creation of  De Inga y Mandinga, highlighting the unique process of an ongoing collaboration between a white-led arts organization and artists of color. The afternoon will feature a panel discussion, live performances by cast members and youth, and the premiere of a short documentary film that captures the spirit of the performance and the personal journeys of its creators.

De Inga y Mandinga (roughly “of Indigenous and African heritage”) is a multimedia, multidisciplinary, and multigenerational bilingual (English-Spanish) theater production that celebrates cultural and ethnic diversity in Latin America through stories of colonialism, migration, and cultural mixing. The 2022 De Inga y Mandinga version will be a new iteration of previous versions staged in 2012, 2013, and 2014, in which we will incorporate Sephardic and Ladino repertoire along with Afro-Latinx diasporic music. This performance is the story of the migration and cultural survival of two women, one Jewish and one African, and their journey to Latin America. The core artists for this show include the De Cajón Project music group (Taryn Webber, Jabali Stewart, Eduardo Montero, Monica Rojas-Stewart), Milvia Pacheco, Lian Caspi, Reynaldo Ruiz, and guest artists Antonio Gomez and Gus Denhard along with a youth group that will include both participants from the earlier productions and a new young ensemble.  De Inga y Mandinga is a collective creation under the artistic direction of Monica Rojas-Stewart.