Todd Tony joins FADE TO BLACK host Isabella L. Price for an epic Candyman’ watch party and Q&A the star of the 1992 hit film.
Star Tony Todd, whose illustrious career includes The Final Destination films, Star Trek: The Next Generation, and Night of the Living Dead, is an icon in horror but also is one of the few black villains to permeate pop culture.

The 1992 film, is a story about the urban legend of the Candyman, who haunts the Cabrini Green housing project. Graduate student Helen Lyle is studying urban myths and is drawn to the housing project where she uncovers the real-life horrors of the Candyman and that the myth might not be an imaginary as she believed. The film has gone on to become one of the most beloved horror movies and a cult classic in its own right. The film covers a variety of topics, like poverty, crime, the history of slavery, and the white gaze.

about FADE TO BLACK

The monthly film series, presented by LANGSTON, focused on the representation of Black people in film and it’s effect on culture and society. Our kickoff series focuses on horror films. Each film screening will have a special guest who will participate in a talk-back about the film with our curator and hostess, Isabella L Price. 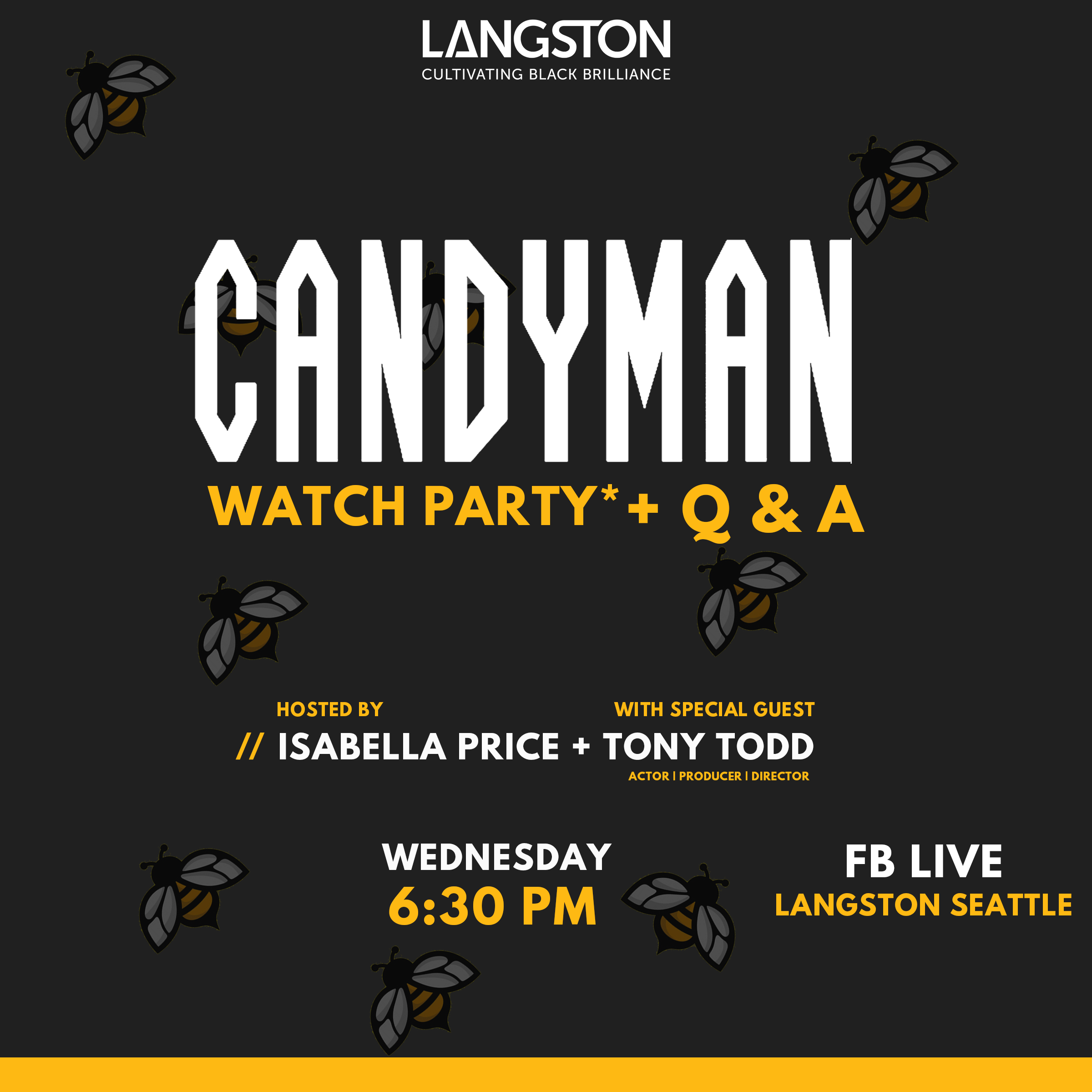