BEHIND THE BEAT MASTERCLASS 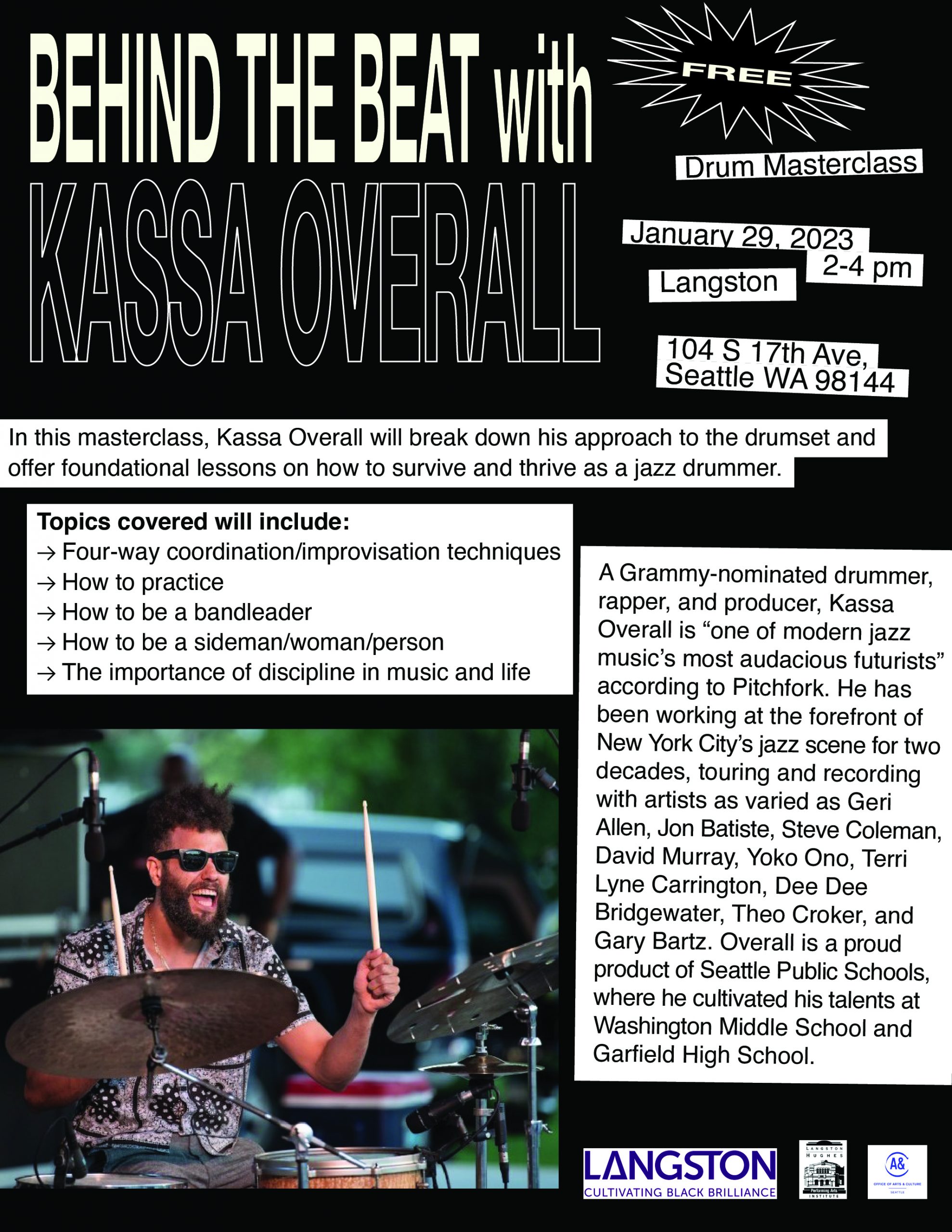 Kassa Overall and LANGSTON Seattle announce a 4-part workshop-style series led by the Grammy-nominated drummer, rapper, and producer. This all-ages, open-to-the-public series is designed for you to hop in at any point, but by the end of this unique series of events, Kassa will have led participants through his creative process, from idea to manifestation.

Kassa is “one of modern jazz music’s most audacious futurists” according to Pitchfork. He’s also a proud product of Seattle Public Schools, where he cultivated his talents at Washington Middle School and Garfield High School under the tutelage of teachers like Robert Knatt, Clarence Acox, Larry Jones, and many others.

Since growing up in Seattle’s South End, and gigging at the Folklife festival and the Starbucks on the corner of 23rd and Jackson, Kassa has taken music to some of the world’s premier stages, from the Village Vanguard to Coachella to the Colbert Show. This year, as he prepares to release his third full-length album, the multifaceted musician is returning to his hometown to bring you a one-of-a-kind look inside his process, from drumming to beatmaking to putting together new material for a live show. This series will culminate in a performance that celebrates the late April release of Kassa’s third-length album, Animals, which is coming out on Warp Records, the celebrated UK label that is home to iconoclastic visionaries like Aphex Twin, Flying Lotus, Squarepusher, and Radiohead’s Thom Yorke. The album gathers Kassa’s collaborators from across the musical spectrum, from Seattle’s Ishmael Butler (Digable Planets, Shabazz Palaces) and Vitamin D to an all-star lineup of his contemporaries from around the globe including Laura Mvula, Lil B, Nick Hakim, Vijay Iyer, Theo Croker, and Francis and the Lights