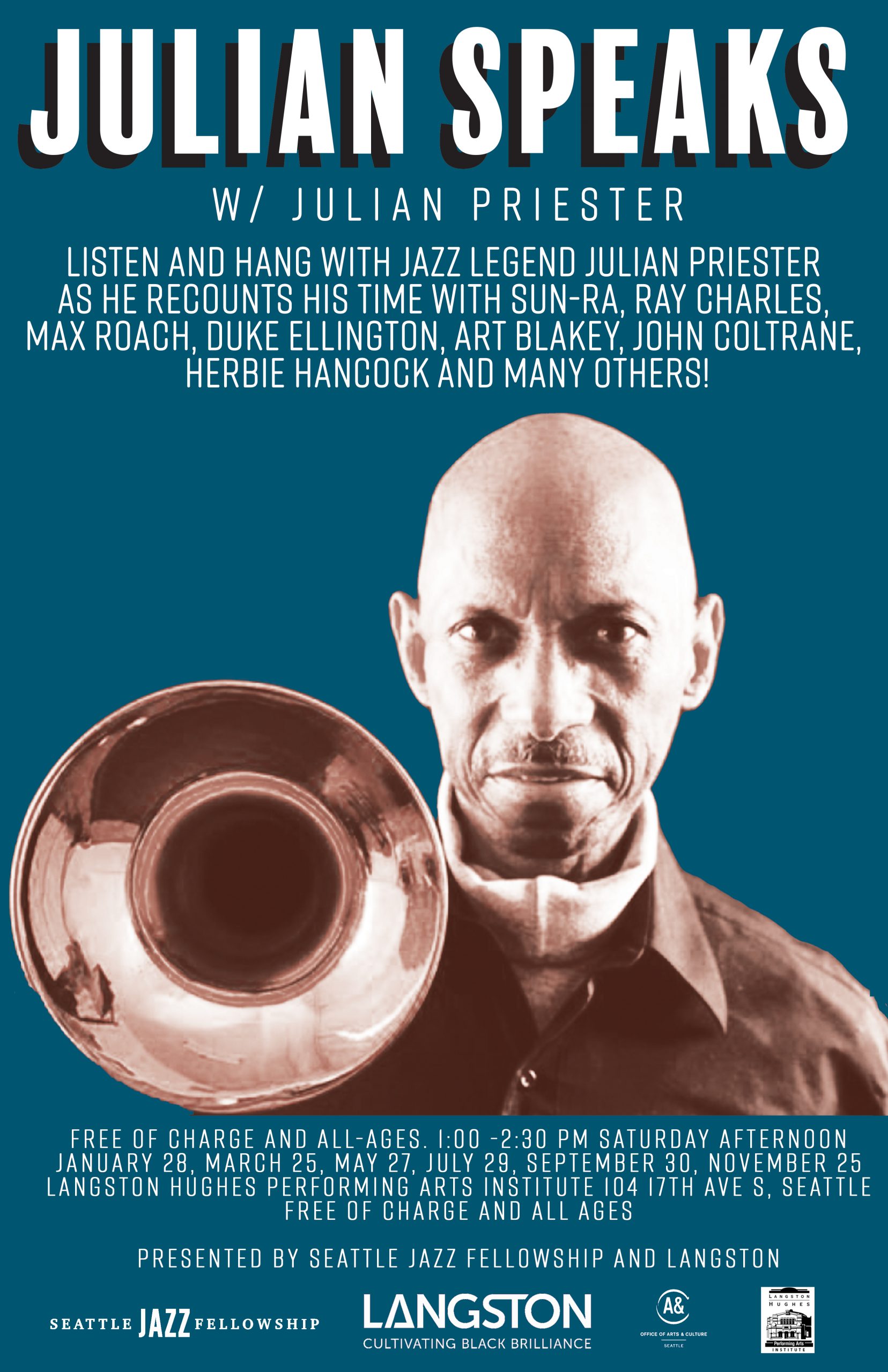 “One of the leading contributors to jazz music and one of the original visionaries.”

Spend a Saturday afternoon with Julian Priester, an internationally acclaimed trombonist. His contributions to jazz and creative music are beyond wide-reaching and his extensive discography attests to this. He can be heard on such monumental records as Abbey Lincoln’s Abbey is Blue, Max Roach’s Percussion Bitter Suite, and Freedom Now Suite, Booker Little’s Out Front, and John Coltrane’s Africa/Brass. He has toured with Duke Ellington, Herbie Hancock, and Lester Bowie’s New York Organ Ensemble.

Of all his artistic merits, perhaps most inspiring is Priester’s versatility, as he has played in so many different musical contexts through the 1950s until now, from blues to hard bop to R&B to fusion to avant-garde jazz and creative music. Due to the scarcity of sessions Priester recorded under his own name he remains under-recognized, although he is one of the leading contributors to jazz music and one of the original visionaries. In the late 70s, Priester settled in Seattle and joined the faculty of Cornish College of the Arts, before retiring in 2011.