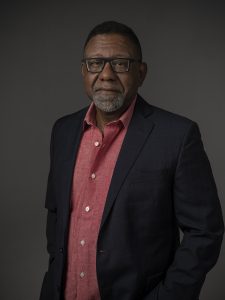 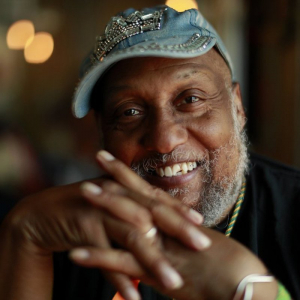 Dr. Randal Maurice Jelks is a professor, documentary producer, and award-winning author. Jelks was an executive producer of the documentary I, Too, Sing America: Langston Hughes Unfurled and he currently teaches American Studies, African Studies, and African American Studies at the University of Kansas. His writings have appeared in the Boston Review and the Los Angeles Review of Books, and he also serves as co-editor of the academic journal American Studies.

DJ Riz Rollins has been DJing since the age of 10. Rollins is originally from Chicago, IL, and moved to Seattle, WA in the 80s. He’s a Seattle nightlife icon and possibly the most versatile DJ the city has ever known.

Letters to Martin contains twelve meditations on contemporary political
struggles for our oxygen-deprived society. Evoking Martin Luther King Jr.’s
“Letter from Birmingham Jail,” these meditations, written in the form of
letters to King, speak specifically to the many public issues we presently
confront in the United States—economic inequality, freedom of assembly,
police brutality, ongoing social class conflicts, and geopolitics.
Award-winning author Randal Maurice Jelks invites readers to reflect on US
history by centering on questions of democracy that we must grapple with as a
society.