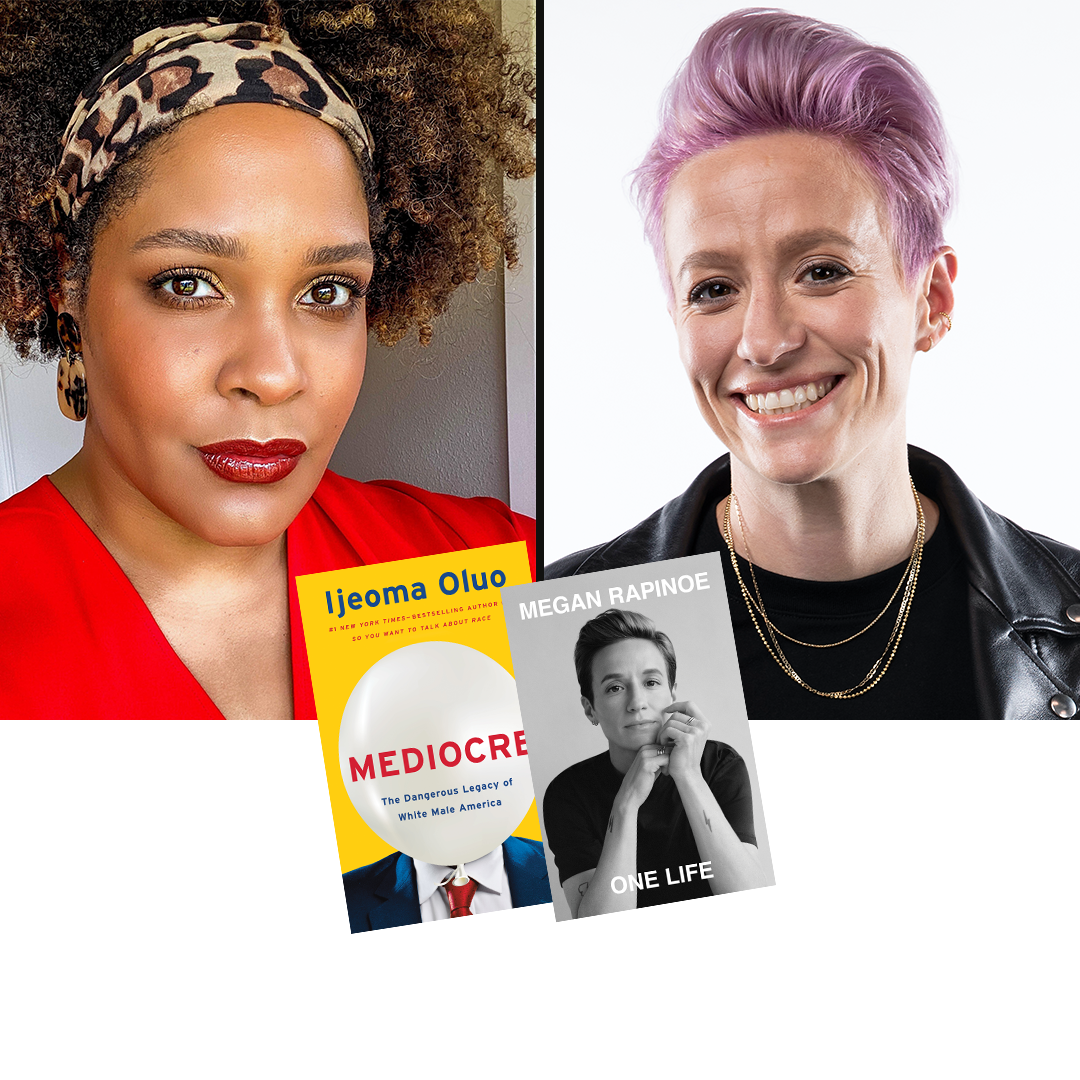 Join us to celebrate the launch of Ijeoma Oluo’s new book, Mediocre: The Dangerous Legacy of White Male America. Oluo will be in conversation with two-time World Cup champion and social activist Megan Rapinoe about the dangerous legacy of white male supremacy, and how we begin to dismantle it.
The first two hundred people to buy tickets will also receive a bookplate signed by Ijeoma Oluo.
Presented in partnership with Hachette Books and Elliott Bay Book Company.
Order Tickets

Two-time World Cup Champion and co-captain of the US Women’s National Team, Megan Rapinoe is a fan favorite and one of the team’s most technical players. A vocal leader on and off the pitch, Megan helped lead the USWNT to the 2019 Women’s World Cup Championship scoring some of the biggest goals of the tournament. Megan took home the tournament’s two top honors – the Golden Boot for top scorer, and the Golden Ball for the best player in the tournament. Megan is an advocate for equality for all and lends her voice to fight for social justice across all spectrums.

Ijeoma Oluo is the author of the #1 New York Times bestseller So You Want to Talk About Race and the forthcoming Mediocre: The Dangerous Legacy of White Male America. Her work on race has been featured in the New York Times and the Washington Post, among many others. She has twice been named to the Root 100, and she received the 2018 Feminist Humanist Award and the 2020 Harvard Humanist of the Year Award from the American Humanist Association. She lives in Seattle, Washington.