REEL BLACK: Sidney Poitier and the Legacy of Black Film 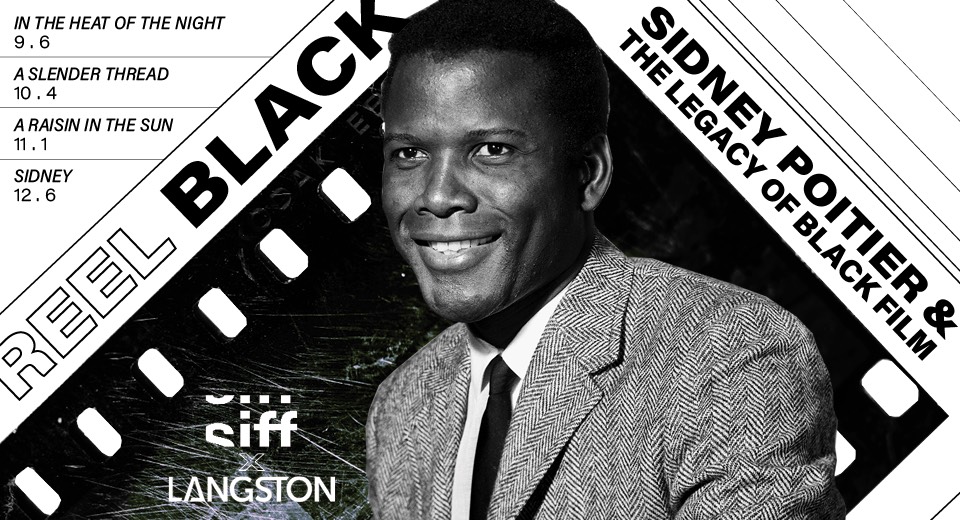 Join Langston and SIFF in a 4 part series exploring the legacy of Sidney Poitier, culminating in a screening and panel of the new documentary Sidney at Langston

Sidney Poitier changed the course of history during a time when portrayals of Blackness on screen were told through a brutally racist lens. He stands as the doorway between the bug-eyed stereotypes of yore and the dignity, grace, and self-determination that we see in Black filmmaking today. A powerhouse and a rare and memorable performer, Poitier made Hollywood history as a Black man appearing in films during the growing civil rights movement and was the performer to whom a cautious Hollywood turned for stories of progress.

Poitier not only upended the kinds of movies Hollywood made but how they were filmed. For decades, Black and white actors had been shot with similar lighting, leading to an unnatural glare and loss of facial features of Black performers. In the 1967 production In the Heat of the Night, Poitier asked the cinematographer Haskell Wexler to adjust the lighting for Poitier so the actor’s features were as clear as those of white cast members. This would forever alter the course for thousands of Black actors all over the world, as their ability for their performances to be filmed correctly entered into the discourse, and continues to this day.

Poitier lived a life of service to racial and societal justice, including being a founding member of the Committee for the Negro in the Arts (CNA), a leftist group of Black artists that led him to be blacklisted during the height of the McCarthy era anti-Communism. At the behest of his friend Dr. Martin Luther King Jr, Poitier was asked to deliver $70,000 to southern civil rights activists and was pursued and shot out in a high-speed chase in Jackson, Mississippi. Swearing never to return to the American south, he broke that promise to film his seminal movie, In the Heat of the Night. Sidney Poitier’s life was full of the immeasurable burden of being a Black leading man during a time when Hollywood allowed so few others to walk with him. His legacy stands tall as an icon, a beacon, and a trailblazer not only as an actor but as a man.