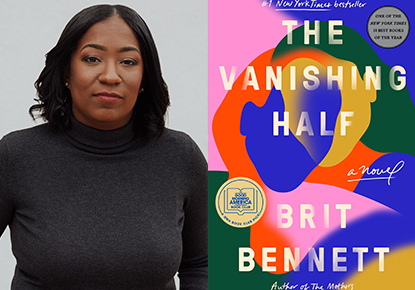 Seattle Reads The Vanishing Half is made possible by The Seattle Public Library Foundation and The Wallace Foundation, with additional support from sponsors The Seattle Times and Vintage Books. This event will be recorded, captioned and then posted on SPL’s YouTube channel for two weeks after the event.

Born and raised in Southern California, Brit Bennett graduated from Stanford University and earned her MFA in fiction at the University of Michigan, where she won a Hopwood Award in Graduate Short Fiction as well as the 2014 Hurston/Wright Award for College Writers. She is a National Book Foundation “5 under 35” honoree, and her essays are featured in The New Yorker, The New York Times Magazine, The Paris Review, and Jezebel.

Seattle Reads is a city-wide book group, where people are encouraged to read and discuss the same book. It’s designed to deepen engagement in literature through reading and discussion. Everyone is invited to participate by reading the featured book, joining in a book discussion or attending programs with the featured writer.