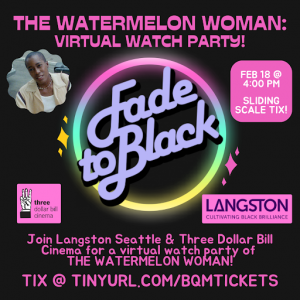 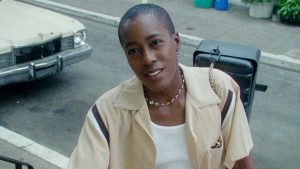 Join LANGSTON and Three Dollar Bill Cinema for a virtual watch party and talkback about the 1996 film, ‘The Watermelon Woman’.

The film is about Cheryl, a young Black, lesbian woman who works in a video rental store in Philadelphia when she is inspired to make a documentary about a mysterious “Watermelon Woman” listed in a movie from the 1930s.

This program is part of Black Queer Story Month, a celebration of Black voices across the cinematic spectrum, with a collection of features and shorts that highlight and raise up the Black queer experience. This program can be viewed any time between February 10 at 12:00 am and February 18 at 11:59 pm. Presented by Three Dollar Bill Cinema, in partnership with LANGSTON and Black Cinema Collective.