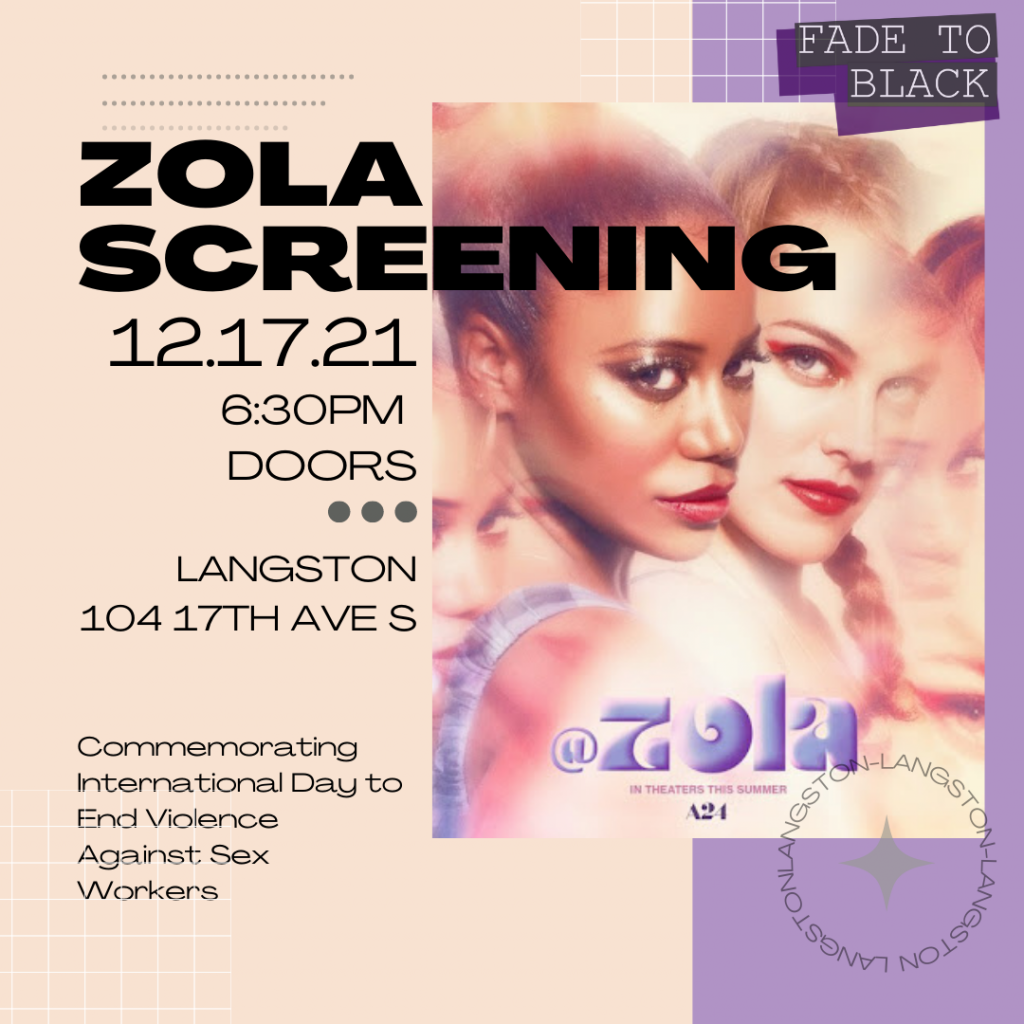 This in-person event has been canceled, but in acknowledgment of International Day to End Violence Sex Workers Day, please watch our previously recorded discussion of Zola on our YouTube page and a special message from our Film Programs Manager, Isabella Price.

In partnership with A24, LANGSTON is proud to raise awareness for International Day to End Violence Against Sex Workers with a screening of the film Zola and a panel discussing the film and the current issues facing sex workers.

Zola is a 2020 film, directed by Janizca Bravo (Lemon) and written by Jeremy O. Harris (Broadway’s Slave Play) based on the 2015 twitter thread by Aziah “Zola” King and the Rolling Stone article “Zola Tells All: The Real Story Behind the Greatest Stripper Saga Ever Tweeted” by David Kushner. The film is a reenactment of Zola’s trip to Florida which results in kidnapping, an attempted suicide, and trapping, before she eventually returns home, in what has been referred to online as the “Thotyssey”, rivaling a Greek play.

The event will include a panel with community members to discuss the issues brought up in the film, as well as OnlyFans, Instagram censorship, Seattle law enforcement, and the mental health of the sex workers in our lives. Panelists will be announced via social media soon! Hosted by our Fade to Black curator and Film Programs Manager, Isabella Price.