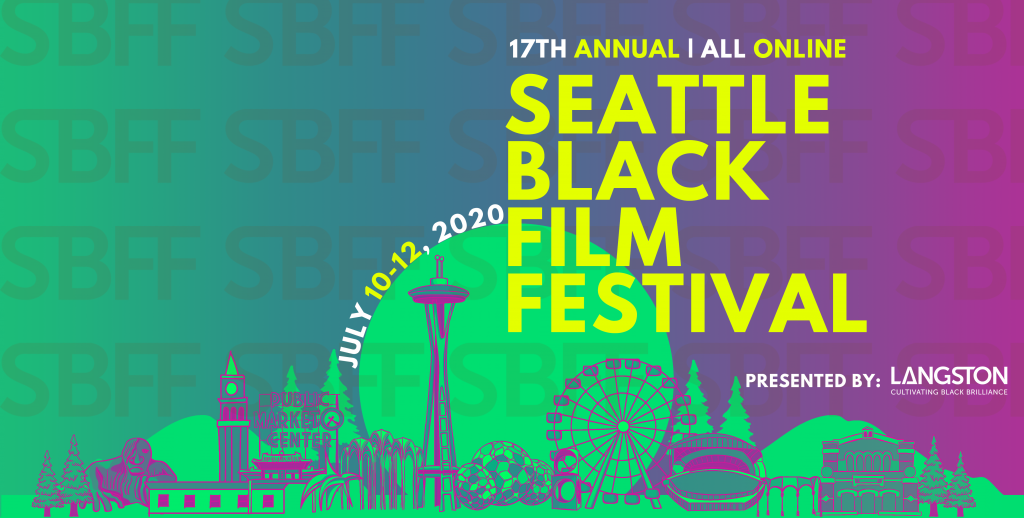 Black Cinematic Brilliance is going fully online – for the first time. This summer, for the 17th edition of the Seattle Black Film Festival (formerly Langston Hughes African American Film Festival) you can tune in from your couch! July 10-12, 2020, join LANGSTON, the non profit committed to Cultivating Black Brilliance, and Seattle-based online independent film screening and music platform Couch-a-thon, as they team up to bring a fully online 2020 festival experience.

The Seattle Black Film Festival (SBFF) kicks off on Friday, July 10th and runs through Sunday, July 12th. The three-day festival, shortened from the typical four days, will feature its signature program of film screenings, panel discussions with filmmakers and community members and workshops to show the flipside of the industry. The festival weekend of communion and networking traditionally animates the hallways of the Langston Hughes Performing Arts Institute in Seattle’s Central District during the month of April, but we pushed the dates back as the impacts of COVID 19 took shape.

This year’s festival will feature 32 films from across the diaspora, and together they weave a weekend-long program of inspiration, celebration and good humor.
The festival kicks off Friday, July 10th at 6pm with a Director’s Lens Happy Hour with this year’s official selection directors joining us from across the country and the Atlantic. Tune in to the stream to hear insight on this year’s films from the source. Get answers to your questions then settle in for a curated evening of this year’s Black and Brilliant shorts selection, including local directors Nicole Pouchet, Jeremiah Williams, D.J. Walker, Nifemi Madarikan and Kamari Bright.

For the third year, Seattle Black Film Festival has partnered with Seattle Independent Film Festival for a series of youth “crash” filmmaking workshops. Highlights of these vibrantly creative works by youth aged 9-12 will be shown Saturday, July 11th at 4pm.

Other festival highlights include:

As always, the festival will host a number of presenting filmmakers in attendance to represent their work and engage in the community conversations at each screening. Watch for our local films and filmmakers including:
Black Champagne by Jeremiah Williams
RESPEK by Kamari Bright
Headless Into Night by Nifemi Madarikan
Retch by Nicole Pouchet
Our Troll by D.J. Walker