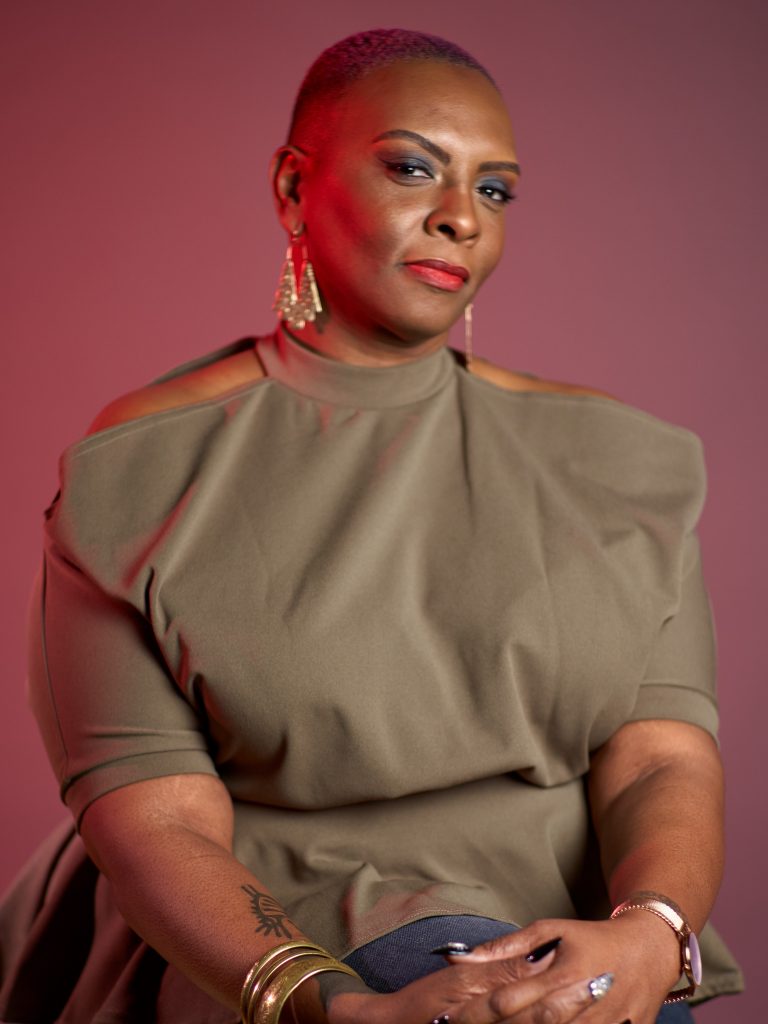 A lifelong supporter and advocate of the arts, rooted in Seattle’s Central District, Jazmyn Scott was LANGSTON’s first employee, hired to kick off the mission of the organization. For over twenty years, Jazmyn has been dedicated to supporting the Seattle arts and cultural community, often working behind the scenes as a stage manager, production assistant, marketing and promotions lead, and event curator and producer. She founded and operated her event production company, The Town Entertainment from 2009-2018; presenting, producing & promoting unique live music events in the Seattle area, as well as the marketing & development of up-and-coming artists.
In 2012, Jazmyn co-founded 50 Next: Seattle Hip-Hop Worldwide, a digital “time capsule” highlighting Seattle and Northwest Hip-Hop, which eventually led to the opportunity to co-curate a community exhibit on Seattle Hip-Hop. The Legacy of Seattle Hip-Hop exhibit at the Museum of History and Industry had a highly successful 8-month run that also featured several community programs, and was recognized by the American Association for State & Local History (AASLH), receiving the 2016 Leadership in History award.
Jazmyn can often be found hosting, emceeing, and moderating arts and culture-related events and programs, notably, interviewing Gabrielle Union during her Seattle stop on her Real Life Book Club Tour in 2017. She currently serves as a board vice president for both Earshot Jazz and The Residency, in addition to participating in several community arts advisory groups. In the spring of 2022, Jazmyn transitioned to working in a limited capacity at LANGSTON, to become the Executive Director of ARTE NOIR, Seattle’s newest independent Black arts organization, and cultural space.